Close
menu
You have no items in your shopping cart.
GLUE GUIDE
FIND THE PERFECT GLUE
FOR YOUR PROJECT 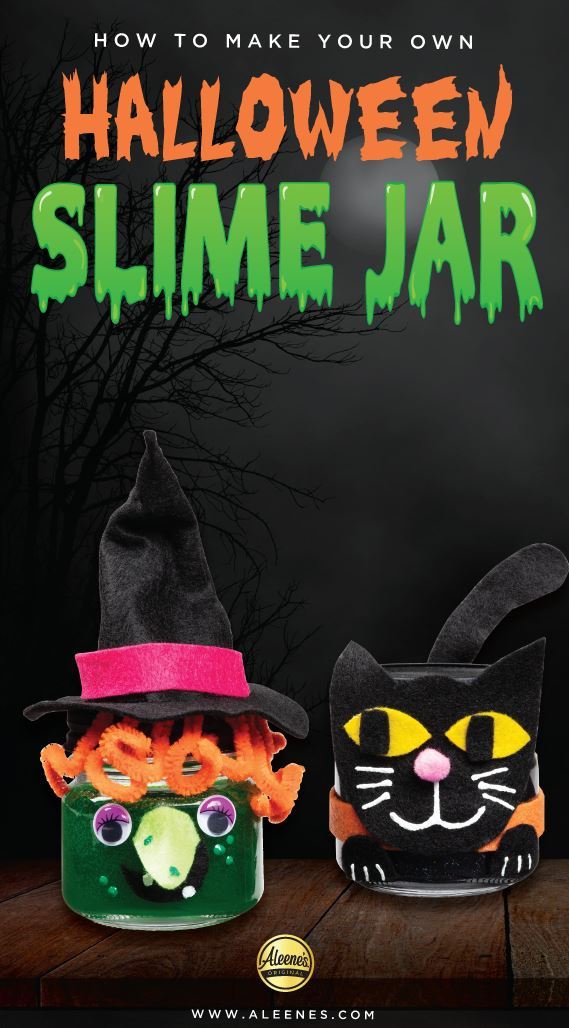 Could there be a more frighteningly fun craft for Halloween than slime?! Ghosts and goblins beware, give your Halloween slime extra spooky flair with a customized jar decorated like your favorite Fright Night character. We used felt and Aleene's Clear Gel Tacky Glue to create a witch slime jar and a black cat slime jar, but you can modify this easy craft for any character that creeps you out! 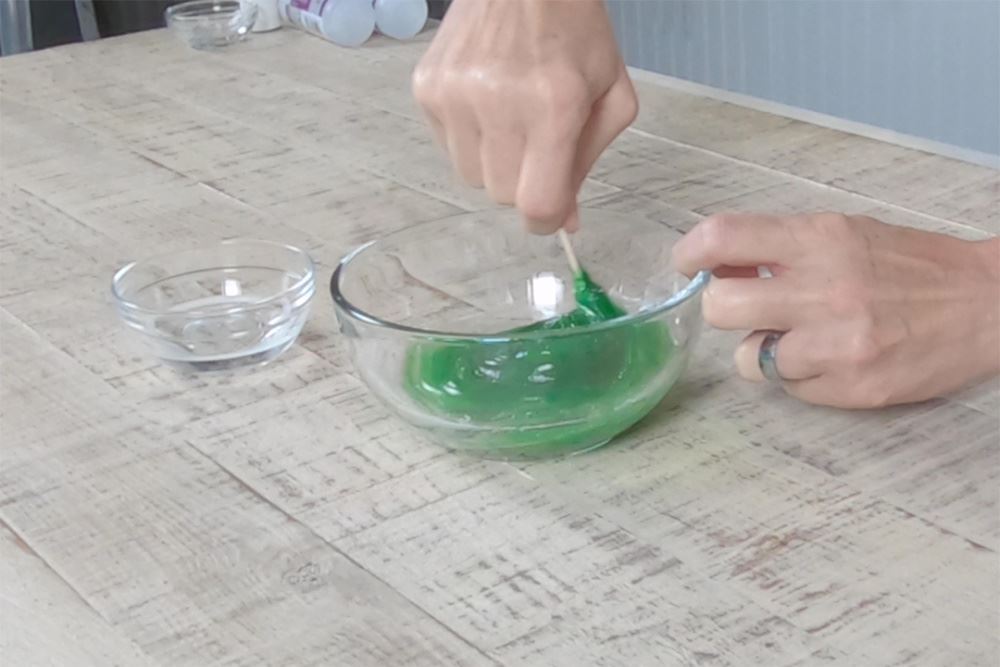 To make witch slime, pour the entire 4-oz. bottle of Clear Gel Tacky Glue into a bowl and add 1/2 teaspoon of baking soda and green food coloring, and mix. 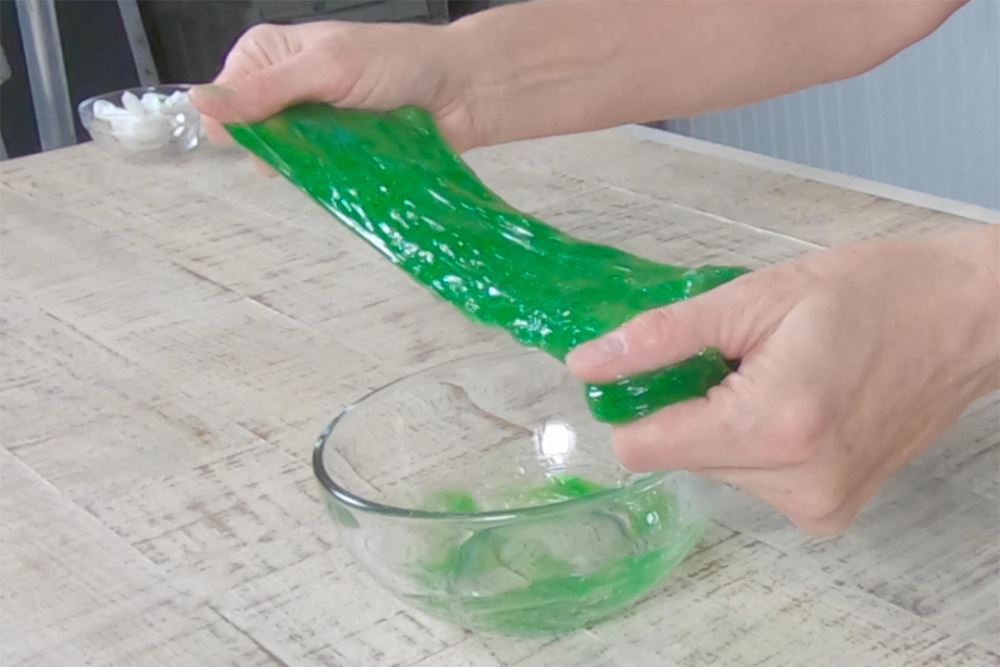 Add in 1 tablespoon of contact lens solution and mix until slime starts to form. Remove from bowl and knead until slime is no longer sticky. Set aside so you can make your Witch Slime Jar. 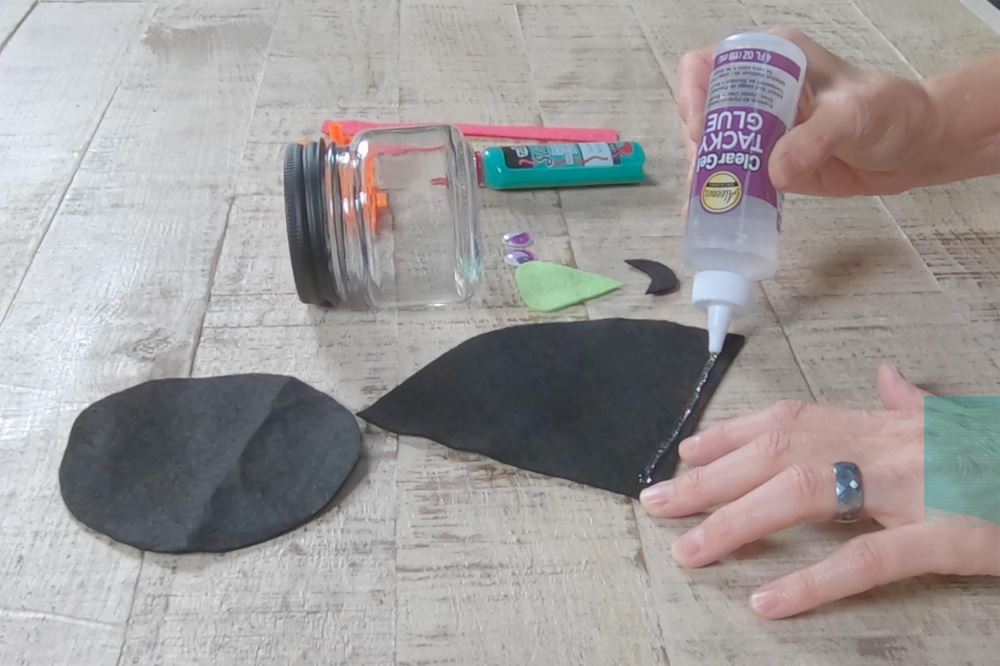 Cut a triangle from black felt and add a line of Clear Gel along one edge of triangle. Starting from the other edge, roll into a cone shape until you reach the other edge with glue. Press into glue and let dry. 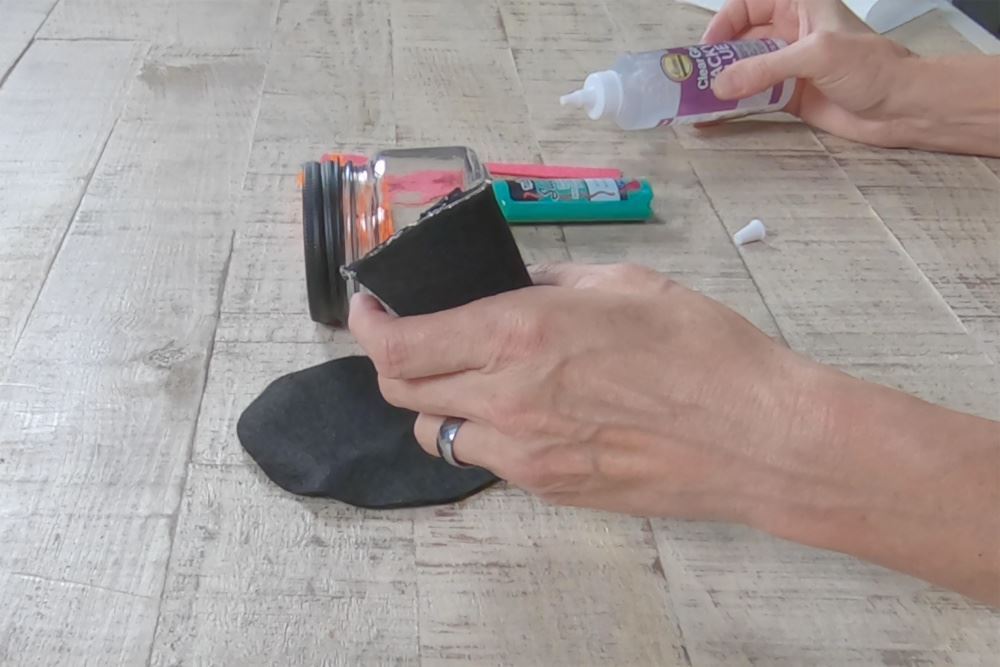 Cut a circle of felt wider than the cone, then add glue around bottom of cone and glue on top of the circle to create witch's hat. 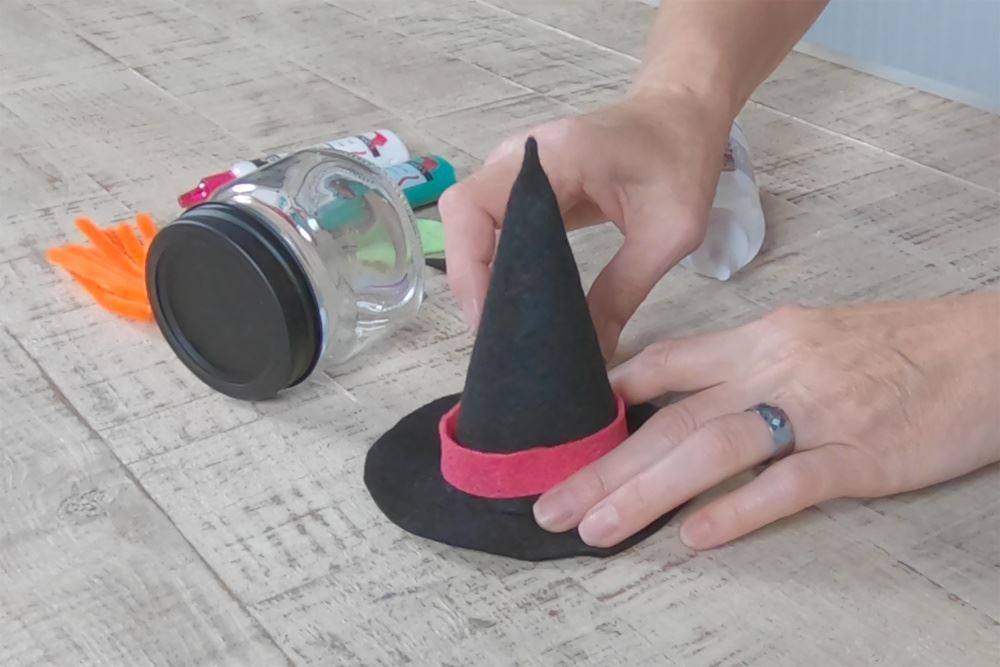 Cut a length of felt to wrap around hat and glue in place. 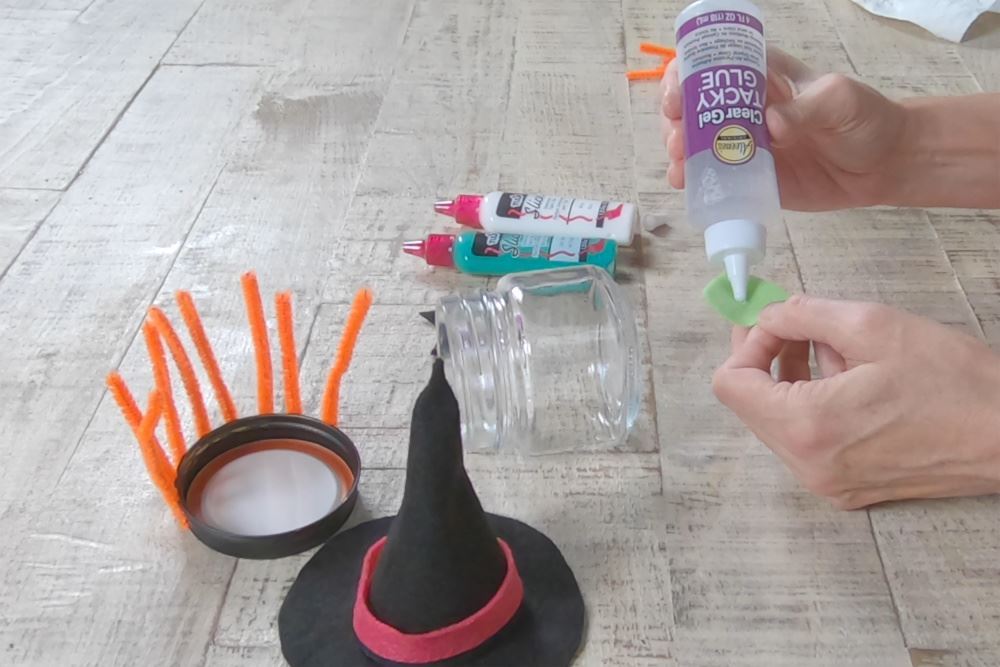 Glue orange chenille stems around jar lid to create hair. Cut a triangle from green felt to create nose, then pinch to create dimension and glue to front of jar. 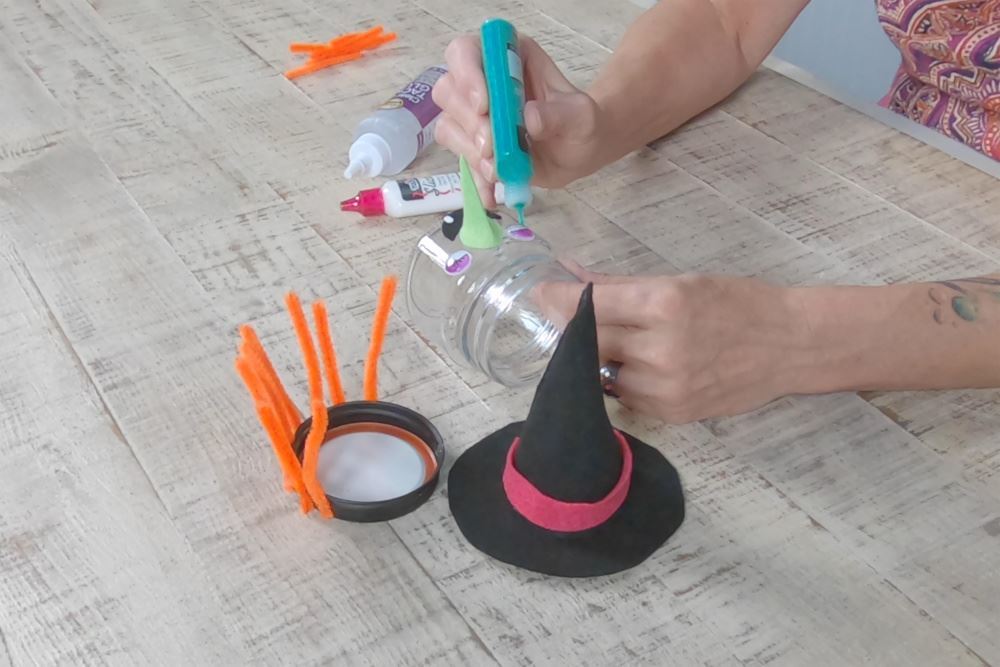 Glue googly eyes in place above nose, then use green dimensional paint to create warts on front of jar (face) and nose. Let dry completely. 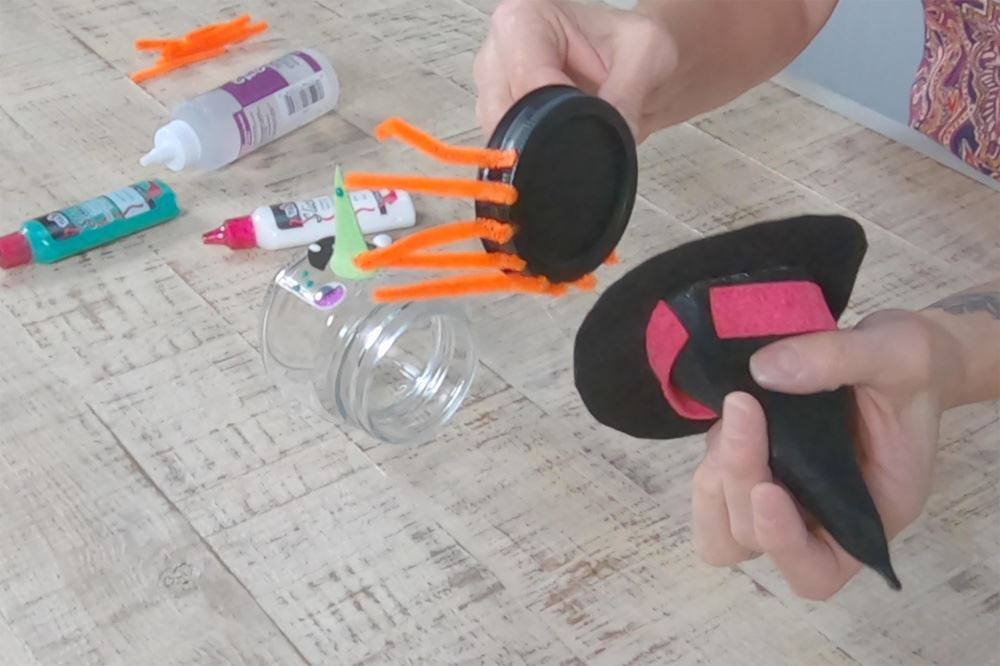 Glue hat to top of jar lid and let dry. 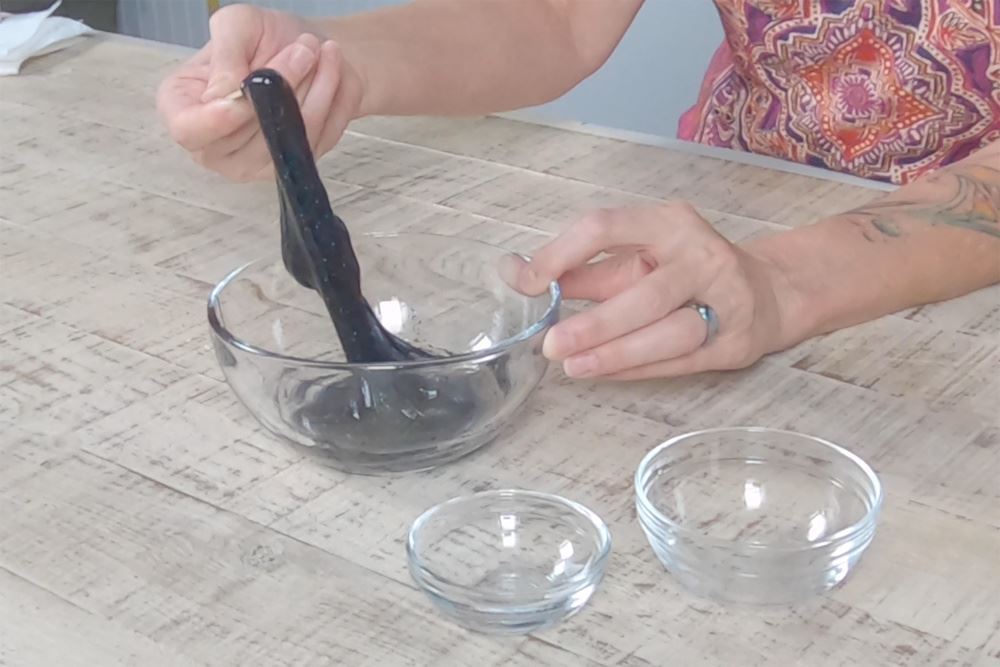 For the black cat slime, mix using the same formula mentioned above, using black food coloring instead of green. Set aside while you make your jar. 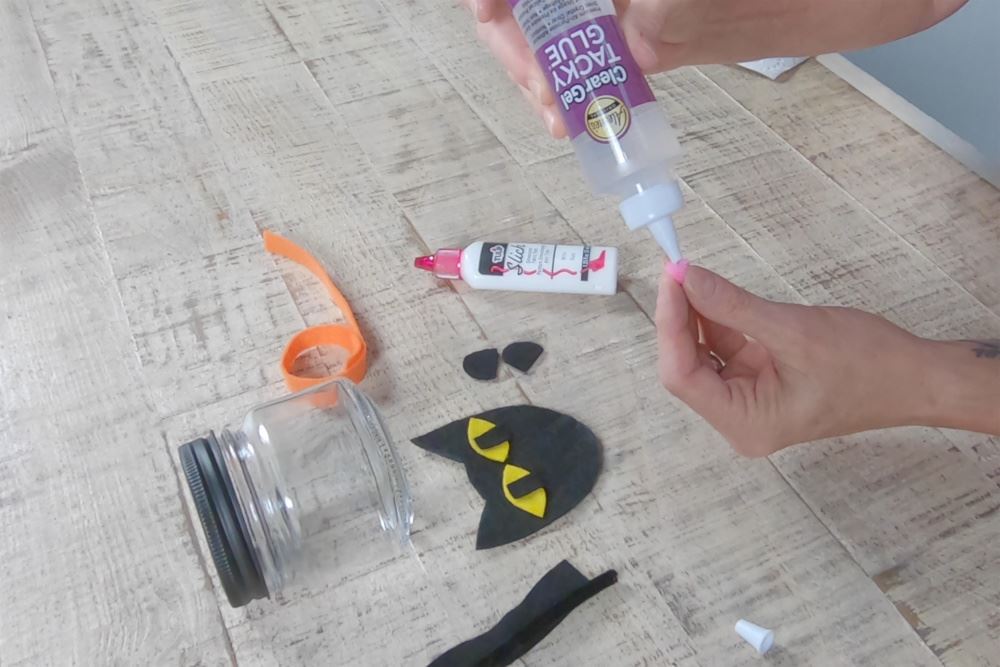 Cut out cat face shape and tail shape from black felt. Cut out a strip of orange felt to fit around jar and cut eye shapes and details from felt. Glue in place on front of face. 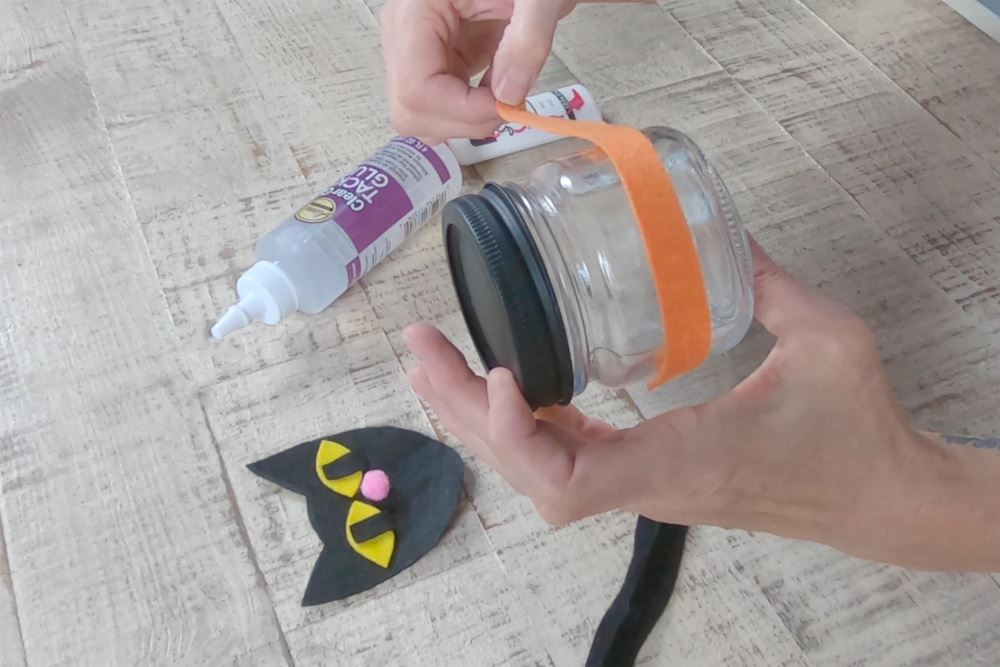 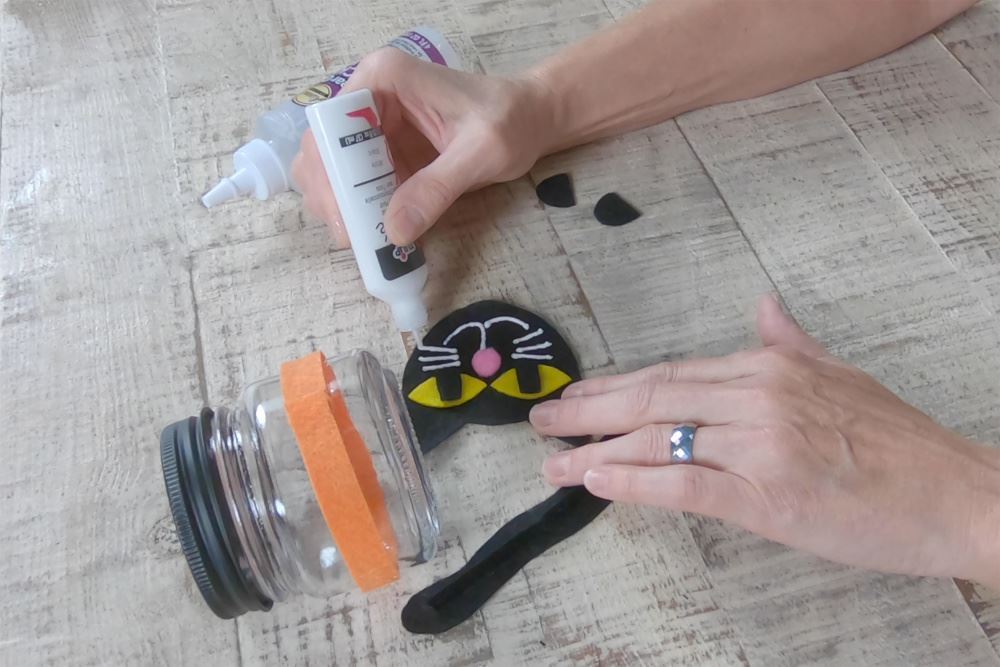 Glue pink pompom on face for nose. Use dimensional paint to add mouth and whisker details to cat face. Let dry. Once dry, glue face to front of jar and tail to back side. 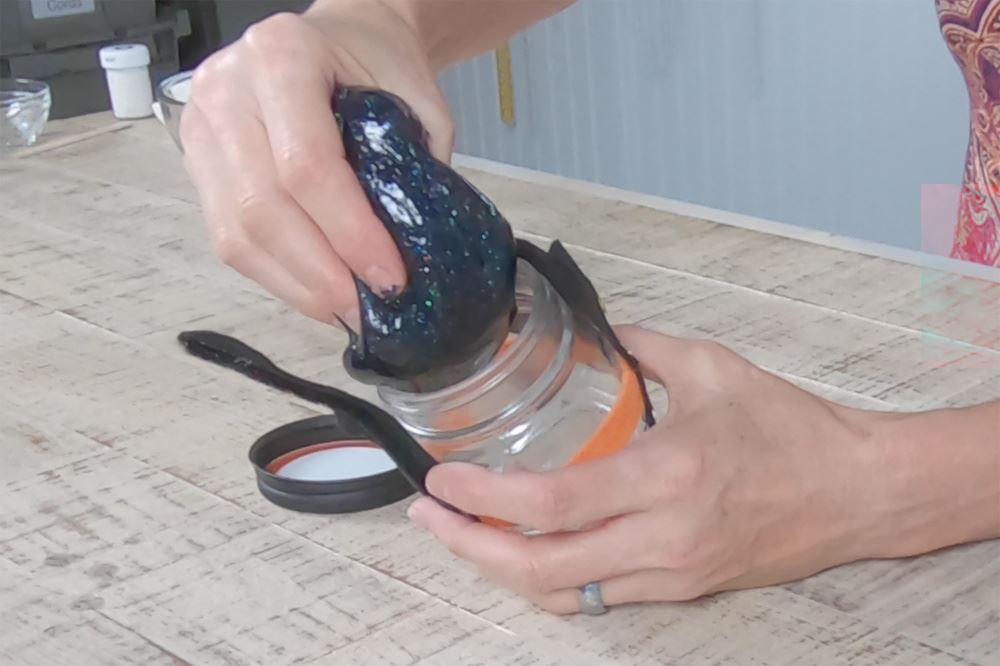 Add slime to jars and seal with lids when not in use. 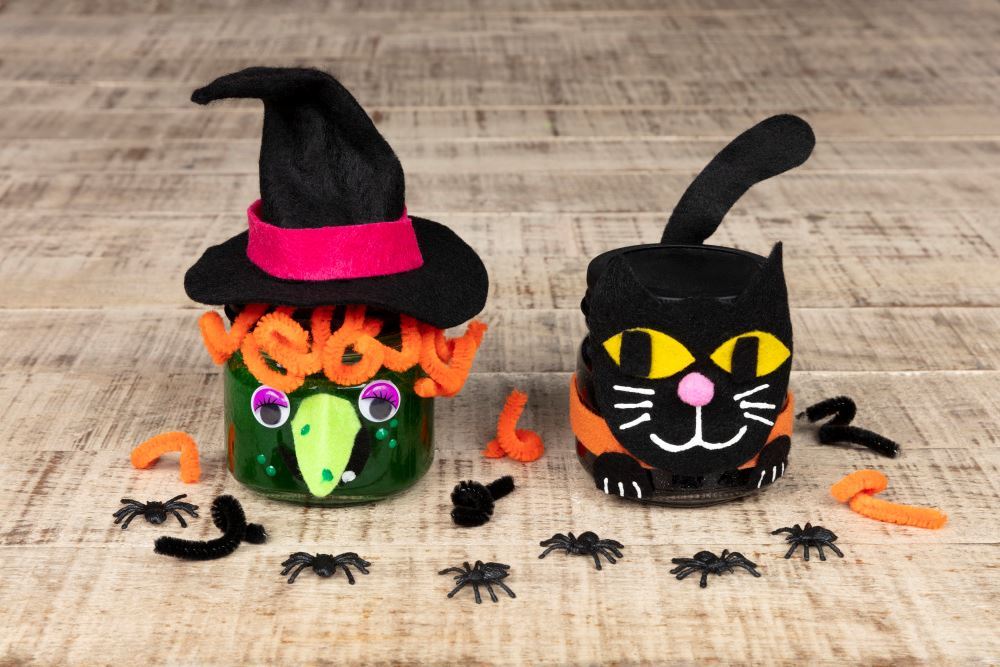 These Halloween slime jars are ready for some creepy cool fun!

Items Added to your cart

You may also like our Fabric Fusion Dual-Ended Pen

Precision tip on one end, sponge applicator on the other for just $4.99! 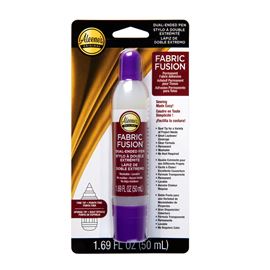